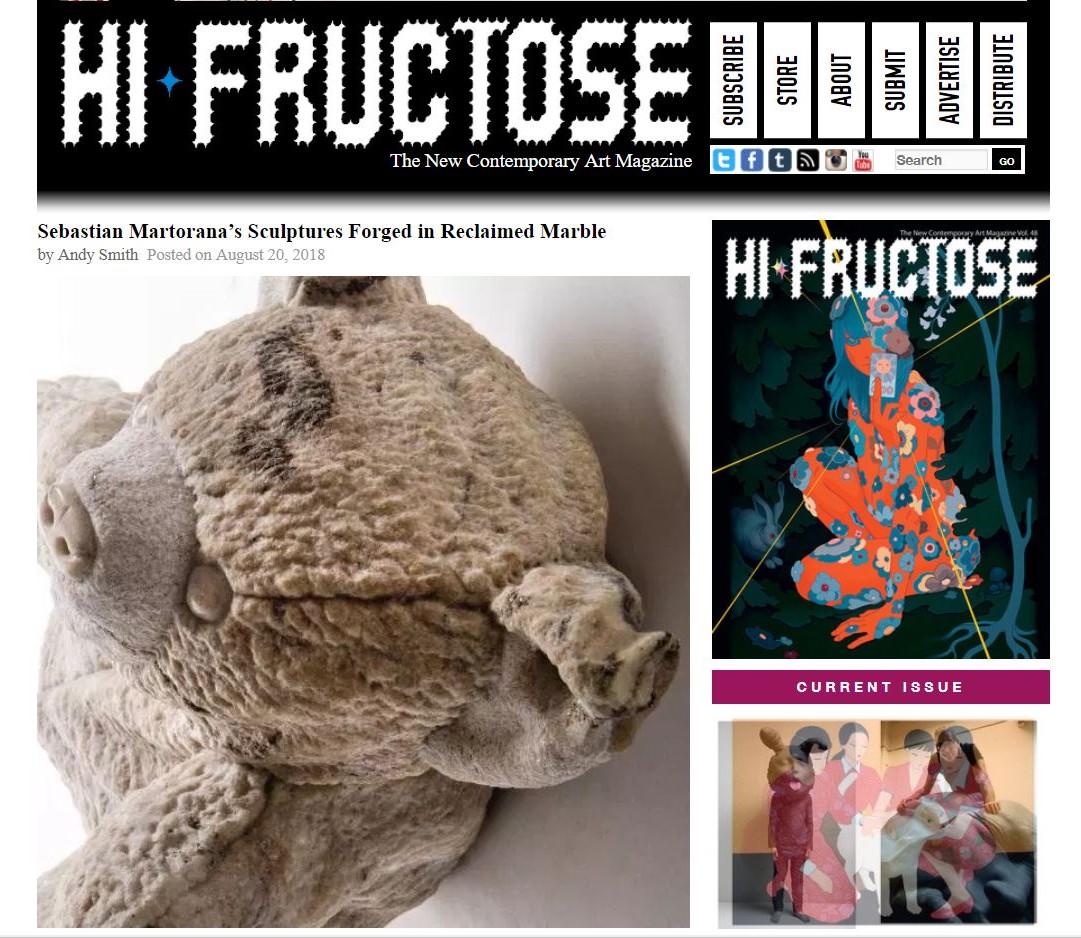 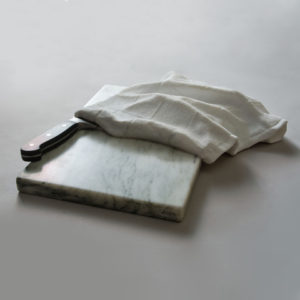 Often, the most exciting pieces I make happen when collectors say: “What do you really want to do next?”

This can be intimidating since you are being put on the spot and there is pressure to have an idea immediately.

Luckily for me, my work takes so long that I will literally never catch up with the running and ever changing list of potential artworks in my head.

Also, one of my favorite things about visual art is that it speaks without words, however sometimes you do need to be able to articulate an idea before actually making it. In this case I was very fortunate that they were interested in seeing my vision. Thanks, T & L. 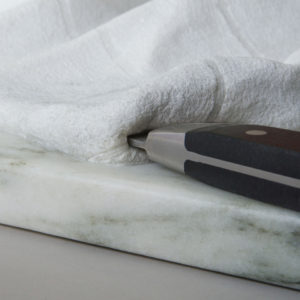 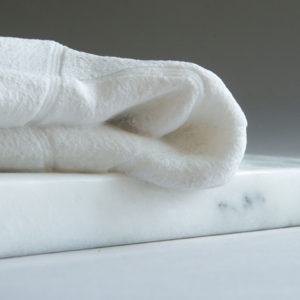 Sebastian Martorana straddles the line between art and craft, utility and beauty. At age 21 he apprenticed with a company outside of in Washington, D.C., as an undergraduate student, under the lead of Tim Johnston. In addition to learning to carve, he polished stone, made granite counter tops, benches and bathtub surrounds. “It was the wax-on, wax-off school of learning,” he says, indicating that he honed his craft through work . . .

Follow this link to read the full article in Alaska Airlines Magazine, Beyond (page 73). 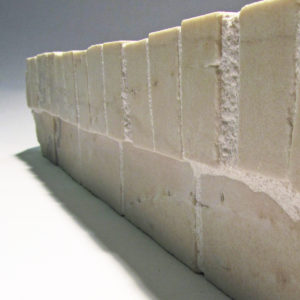 People are always telling me what I should carve and sometimes they are right. But in this case, honestly–that didn’t sound very interesting. Conceptually it made sense; bricks are another modern material being used to replace what once would have been marble. I am always saddened when I see a set of bricks slapped up where stone steps once existed stoops (particularly those new smooth and perfect bricks that lack any of the charm of the aged and irregular bricks that new-old-homeowners are always exposing). And, more often than not, the bricks aren’t even laid well! And, one or two steps on the outer edges are usually missing or have been re-set at one time or another.

Yet still, “a brick” was still not interesting enough to compel me to just carve one out of stone . . .  Then I remembered something that one of my grad school professors, Ming Fay, said during a group crit: “If you are going to do something simple — do a lot of it.”

It then occurred to me that unlike a cinder block, a single brick is not very structurally or sculpturally dynamic, but like a cinder block they are meant to be used in concert. So I decided to just illustrate the thing that I was hoping to speak against: a step made of bricks that was once a step of marble. 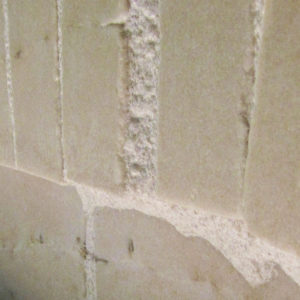 This proved to be quite a challenge. On one hand this is one of the rawest sculptures that I’ve ever done; the broken edge and the un-finished, roughly tooled interior sides were left un-re-carved. On the other hand, because I was trying to represent a series of nearly perfect and identical objects assembled together imperfectly, the piece was extremely technically demanding. I spent a lot of time removing very small amounts of stone to make sure that right angles were actually right angles. Add to that the fact that this particular stone had a wide vein of some of the hardest minerals present in nature.

It would have actually been far easier to carve a series of bricks that were aligned perfectly rather than a series of bricks that are slightly out of kilter. This is definitely the kind of piece that owes credit to my trainers at Manassas Granite & Marble, Inc. who, during my apprenticeship, instilled the technical skills and discipline of the craft of carving that now allow me the ability to make this kind of sculptural work.

So while one carved brick would probably be pretty lame — I’m hoping that twenty-six carved bricks are not. 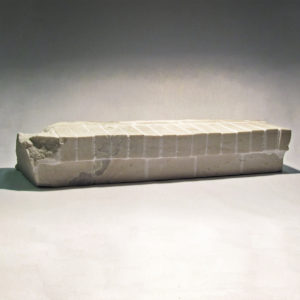